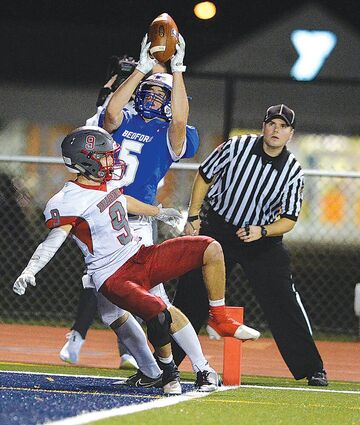 Herald Photographer Gary Baranec won First Place in the Sports Action Photo category for this photo. The photo was published in the Nov. 19, 2020, edition of the Herald. It showed Bedford's Steven Ressler pulling in a pass as Central's Josh Biesinger defended. The ref was indeed right there for the call, which was a touchdown.

• George Berkheimer, First Place in Enterprise Reporting for his story, "In the Cove, Dynamics Change, but Poverty Persists"

• Rick Boston, an Honorable Mention in News Beat Reporting for four stories about the Claysburg/East Freedom area and a story about the proposed brewpub in Roaring Spring