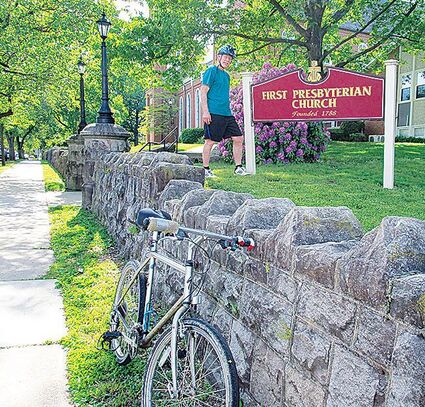 Who commits to riding a bicycle 3,000 miles across country in 30 days to raise $100,000? Chuck Monts, former pastor in Hollidaysburg, has done it before and at age 61, he is committed to doing it again.

Why in the world would this man attempt such a feat? Monts was the pastor of First Presbyterian Church in Hollidaysburg for 14 years. In 2016, he and wife Deb moved to New York City seeking a new mission. He served an African/American church on Long Island, while also working at a local YMCA in Queens.

Two years later, he was called to of...