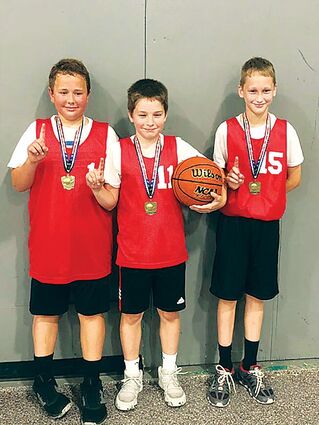 Spring Cove won the 10u boys division of the first 3-on-3 basketball tournament. Team members are Colby Gojmerac, Brooks Decker and Landyn Kasun.

Twenty-six teams from around the region descended upon the Cove on Saturday morning, May 30, at 9 a.m. to hit the basketball courts.