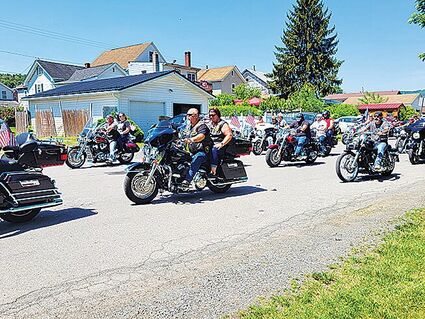 Bikers ride off as the Dice Run began June 5.

The community came together again to honor one of its fallen members.

Edmundson was killed May 27, 2009, after an improvised explosive device detonated. He was 20 years old.

After his death, the Williamsburg Volunteer Fire Company brought up the idea of a bike run to his parents, to which they agreed. Since then, the event has continued.

The event was put together by the SPC Chad A. Edmundson Foundation, whose goal is to...