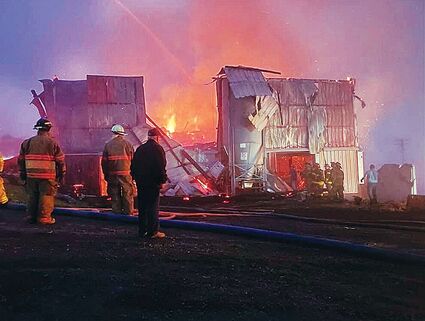 Ten Cove-area fire departments responded to a barn fire in Greenfield Township on Friday, June 11. No injuries were reported, but three heifers were lost. Hay apparently fueled the fire.

Aided by a large amount of hay and straw in the barn, the structure was fully involved when firefighters arrived. No injuries were reported but three heifers died in the blaze.

According to the Blue Knob Volunteer Fire Company, 16 tankers delivered more than 300,000 gallons of water to the scene.