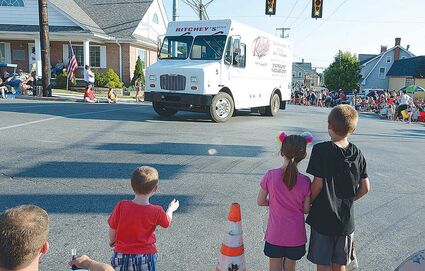 Many local businesses, including Ritchey's Dairy (as shown to the right), were represented in the parade.

After taking an alternative route in 2020, the annual Ag Parade returned to its typical route for the 2021 celebration.

Parade-goers were met with heat, with highs in the 90s.

People typically travel from all over Pennsylvania – and even other states – to see the parade.

"We're the ones who put it together, but we don't know the magnitude of the parade," said Hoover.

According to parade committee member Steve Mowry, he has had people f...