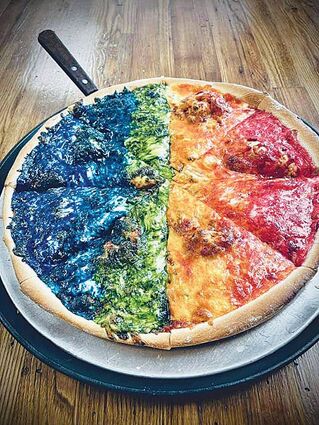 June was Pride Month and one Cove eatery decided to show its appreciation to customers who celebrated.

Those Guys Pizza in Roaring Spring made rainbow colored cheese pizzas June 26. It coincided with the Pride Walk that took place the same day.

Brent Ayers is the owner of Those Guys, According to him, the idea came from his wife, Erica.

"She asked me if we would be allowed to do this, and I said yes," he said.

After the initial idea, they posted it to the Those Guys Facebook page to let their customers know.

Ayers said it led to mixed reviews, but they had sold a few of the pizzas that day...