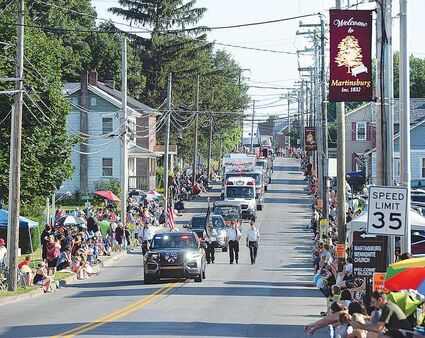 The annual Ag Parade was back on track for 2021. The parade included the honorees and the Grand Marshal – Morrisons Cove Memorial Park. Also featured were usual parade attractions: police cars, firetrucks, tractors, and floats. Shown is the parade moving along Market Street with spectators watching.

The Smith family was named as the honorees of the 39th Ag Parade. According to Doug Smith, the current owner of the farm, the focus is on his parents, Dennis and Margaret Smith, who are being honored as a couple.

"We were surprised to be chosen," said Dennis. "It's a real honor, and I know there are a lot of other people who could have been chosen."

According to members of the Ag Parade committee, the honoree of the par...