One Dead in Woodbury Borough Fire

Identity, Cause of Death and Cause of Fire Still Being Determined; Multiple Volunteer Fire Companies Responded 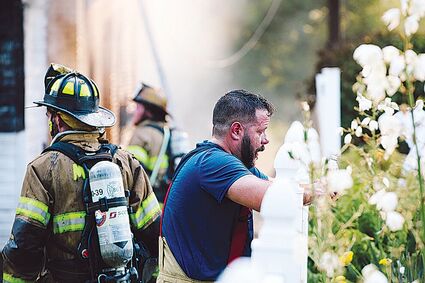 An early evening fire on Sunday, July 4, destroyed the Woodbury Post Office and claimed the life of a woman.

Fire crews were called to the post office, located at 143 Main St. Woodbury, Bedford County, at around 6:30 p.m. and arrived to find flames reported to be at least 20 feet high coming from the building.

Southern Cove Volunteer Fire Company Chief Darl Ritchey said the first tanker arrived on scene within five minutes of the call and due to the intensity of the fire, crews took a defensive approach to keep flames from spreading to neighboring buildings.