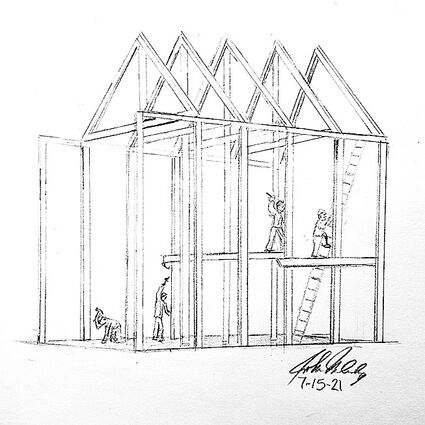 Jesus was in conversation with His disciples. He told them He would build His Church. Even the ‘Gates of Hell’ could not prevail against it. (See Matthew 16:18) God intended Israel, His “Chosen People,” to serve as salt and light in the world in order to bring the peoples of the world to Himself. They were to display what it was like to be “The People of God.” They were to show and tell what God was like and what God expected from people. They were to show how to worship God. Had they been successful, the people of the world would have seen how God chose to bless people. Instead...