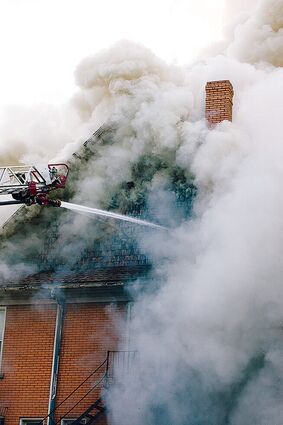 The Woodbury Post Office went up in flames on Sunday, July 4, around 6 p.m. Multiple fire crews assisted in controlling the blaze, which was not contained until 10:30 p.m. More coverage and photos from the fire can be found on www.mcheraldonline.com.

Cynthia L. Albright, 64, died of smoke inhalation and thermal injuries, according to Styer.

Albright lived in a first-floor apartment and according to neighbors, was mostly bedridden.

Fire crews were called to the post office at around 6:30 p.m. on July 4 to find flames as high as 20 feet shooting from the top of the structure. Southern Cove Volunteer Fire Company Chief Darl Ritchey said the intensity of the smoke and heat prevented firefighters from enter...