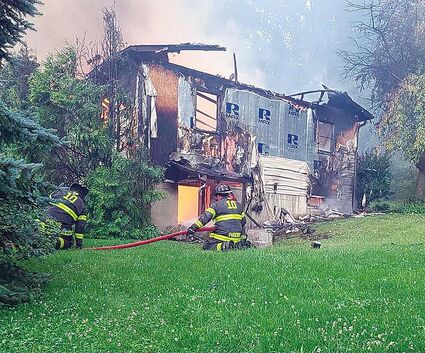 Crews battled the blaze for approximately four hours. The home is a total loss.

According to the Geeseytown Fire Company, the call came in around 5:15 p.m. for a report of a fully involved fire at 139 Frankstown Sportsman Road with initial reports of entrapment.

Thirteen fire companies responded to the three-alarm fire at the home belonging to Don and Tracy Wyatt and their son, Ryan.

According to reports, Tracy, Ryan, and a woman were in the home when the fire broke out but were able to escape before firefighters arrived.

Crews battled the blaze for approxim...