How Prevalent Is Animal Abuse In Pennsylvania? 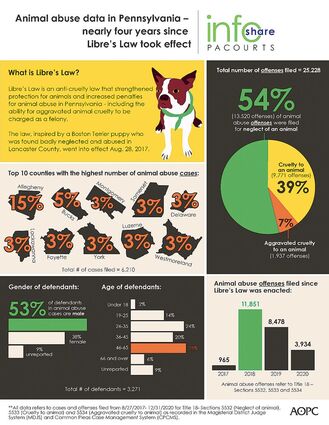 Libre’s Law, the anti-cruelty law (Act 10) that strengthened the protection of animals, went into effect in late August of 2017. Since then, over 25,000 animal abuse offenses have been filed statewide – 54 percent of which were for neglect of an animal.