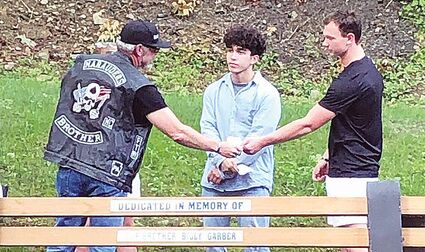 The Marauders MC and SPC Chad A. Edmundson Memorial Foundation hosted a cornhole tournament to raise funding for area Veterans. Despite the rain, many participants showed up to support the cause. Throughout the showers, games were played, and lasting bonds were formed.