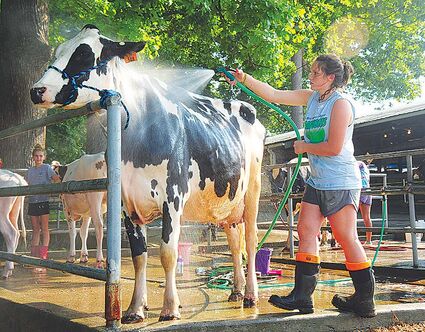 This year, the Morrisons Cove Dairy Show is celebrating its 70th anniversary.

Though the 2020 show would have been the 70th anniversary, the committee had to have an abbreviated show due to the pandemic.

This year's show will follow any necessary state or national requirements regarding COVID-19 in effect during show week.

There are 175 entries, according to Tom Ritchey, show secretary. Ritchey said this number is up from last year but lower than previous years.

Exhibitors are encouraged to careful...