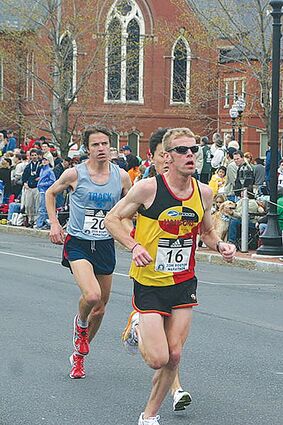 Brian Sell ran in the 2006 Boston Marathon. He came in fourth place.

This Sunday's closing ceremony of the Tokyo Olympics will have unique meaning for a former local athlete.

Brian Sell, a native of Woodbury and 1997 graduate of Northern Bedford High School, holds a special place in Morrisons Cove history. He is the only Cove athlete to represent the United States of America in Olympic competition.

Brian qualified for the Olympic team by finishing among the top three runners in the New York City marathon trial in 2008. Sadly, he and his marathon teammates trained in South Korea before the Beijing Olympics began and missed the ceremonies that mark the beginn...