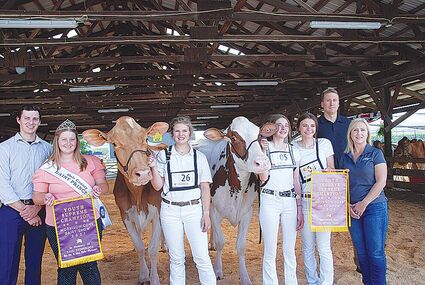 The senior reserve supreme champion went to MS Stultz Jordy Misty-Red, a senior 3-year-old Red and White owned and showed by Kara Stultz of Williamsburg. Lambert/Knecht are the breeders.