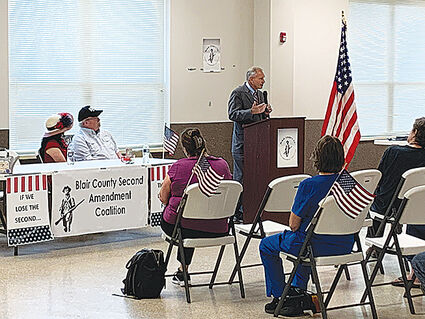 The push to make Blair County and its 24 municipalities a second amendment sanctuary took a step to reality when volunteers collected enough signatures to get two referendums on November's general election ballot to restrict government's ability to confiscate the guns on citizens.

According to Rhonda Holland, president of the Blair County Tea Party, the two referendums – one that covers the entire county and one specific to each municipality – will enable voters to decide if government can control their right to own firearms.

Holland said if the referendums pass, the government will not...