Flooding in Williamsburg A Familiar Scene 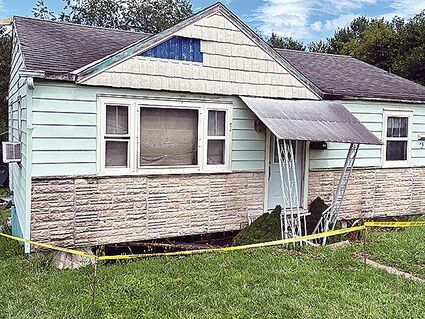 The rapid flooding caused by the rainstorm on Wednesday, Aug. 18 washed the foundation from underneath this home on West First Street.

A storm that dropped almost four inches of rain in less than an hour left parts of Williamsburg underwater and officials working on plans to upgrade its stormwater system.

According to Williamsburg Mayor Ted Hyle, apart from one home, damage was minimal with a few flooded basements and debris on the roads. The biggest casualty of the Aug. 18 storm was a home on West First Street where flood waters washed away the foundation, leaving the home uninhabitable.

Hyle said Williamsburg is prone to flooding issues as the run-off from Piney Creek and Clover Creek settles in the valley and when a lot...