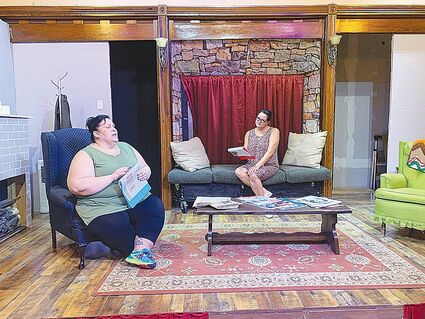 Jenny Koontz and Amy Ligget Gable prepare for their production of "The Mousetrap." This play is set to run Friday, Saturday and Sunday, Sept. 10 through 12.

Todd Hall is no stranger to plays having been an actor himself, but he is a stranger to directing. Hall has been preparing since June of this year for "The Mousetrap."

"The Mousetrap" is the longest running stage show in the world, written by Agatha Christie.

According to Hall, this play began as a short radio play written as a birthday present for Queen Mary, the consort of George V. It was broadcast on May 30, 1947, under the name Three Blind Mice. Drawn from the real-life case of Dennis O'Neill, who died after he and his brother Terence suffered extreme abuse while in foster care of a S...