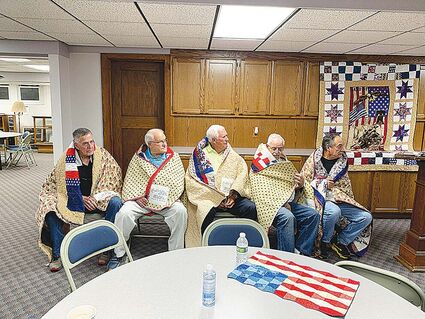 Shown are some of the veterans honored at the Quilt of Honor ceremony (from left): Dominic DeRubus, John Divido, Joseph DeRubis, David Dahlin and William Radebach.

On Tuesday, Sept. 7, 10 veterans were awarded with Quilts of Valor. The ceremony took place at Memorial Church of the Brethren in Martinsburg.

As part of the ceremony, each...