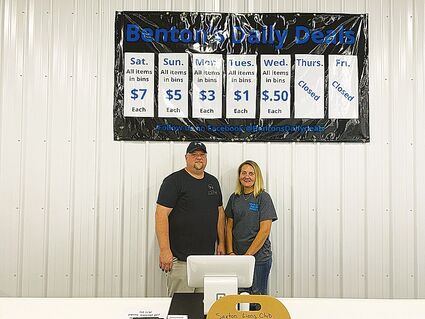 Justin and Melissa Benton brought the idea of a "daily deals" store to the Cove, where the price of items is determined by the day of the week, not by the item.

Owners Justin and Melissa Benton live in Salemville with their two children – a 7-year-old and a 10-year-old who attend Northern Bedford School.

Melissa, originally from Hopewell, spent 15 years in Tennessee. In February of 2020, Justin and Melissa opened a store just like Benton's Daily Deals in Tennessee with business partners. This store was very successful, and they believed it was a good concept to bring to Pennsylvania.

Melissa's family and friends searched for empty buildings until they ran across the pres...