Not Too Late to Catch Cove's 'Murder at the Theater' 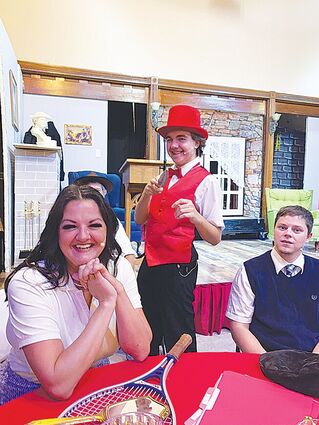 (From left) Amy Gable, Jackson Sharpe and Brody Morral act in Murder at the Theater.

The Cove Community Theater presented "Murder at the Theater," an interactive murder mystery, on Sept. 18 and 19. The theater is located at 5768 Churchview Road, Loysburg.

Pre-show entertainment was done by members of the Community Theater Show Choir.

Salad and beverages were served, and the first act began.

The audience was introduced to the murder and suspects, the crime scene was shown to all and possible murder weapons were revealed as the audience searched to find the evidence.

The audience was prompted at certain times to eat their dinner and was served by the cast all the while car...