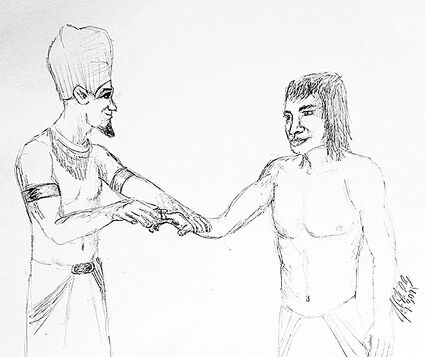 My hero does not seem to have good fortune in the beginnings of these "Thoughts." Last time he was a slave. This time he is in prison. He is here because he was falsely accused of molesting his master's wife. Remember it was she who attempted to seduce him. He refused and fled. She accused him of the deed. His master acted on her accusation and had him thrown into prison. I wonder a bit if we have the whole story. The normal penalty for Joseph would have been death. So, perhaps Potiphar doubted her accusation. Perhaps Joseph's life was so exemplary Potiphar did not believe him guilty of the...