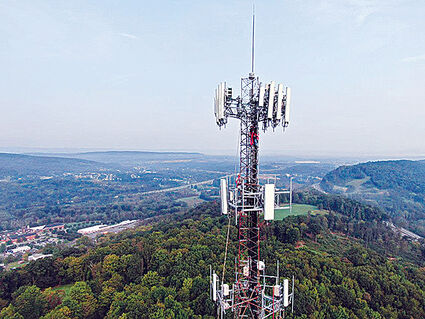 Workers install new wireless equipment on towers in Bedford County that will help expand broadband access to 95 percent of the county's businesses and residents by 2023.

The Information Age that began in the middle of the 20th century has delivered incredible benefits. Business efficiency has improved, students have access to more learning resources than ever before, and global communication is instantaneous and inexpensive.

Unfortunately, rural areas like Morrisons Cove still lag behind the rest of the country in terms of the infrastructure that makes it possible.

Residents in urban areas have been accessing the internet via wireless and fiber-based broadband connections since the early 2000s, but many Cove residents still rely on slow, unreliable, decades...