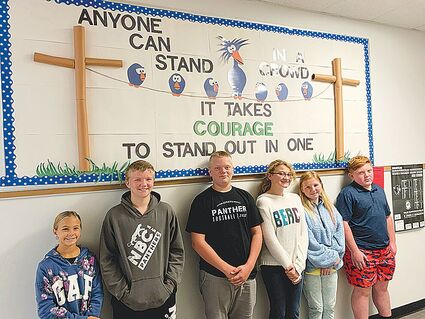 Northern Bedford Middle School has named its September students of the month.