By LUGENE SHELLY
For the Herald

Happy Halloween: Here's How it Happened 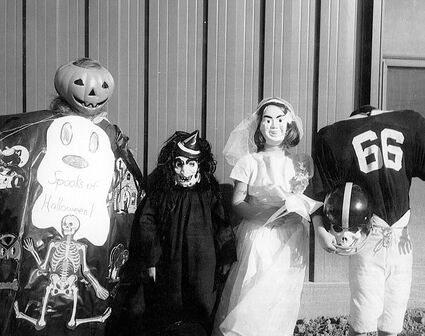 This photo from the Herald archives shows Trick-or-Treaters in Roaring Spring in 1975. Halloween is the second most expensive holiday in America now, but there is a rich history of how it got there.

Happy Halloween! It's something we hear and say every year at this time, but what does it really mean?

It's believed Halloween originated with the Celtic festival of Samhain (pronounced sow-in). The Celts, whose tribes were scattered over Western Europe, celebrated their new year beginning Nov. 1, when summer and the harvest were over and the cold weather and long dark days of winter were approaching. The Celts believed the boundary between the living and dead thinned and the ghosts of the dead returned to earth as the new year approached. The returning spirits were said to damage crops an...