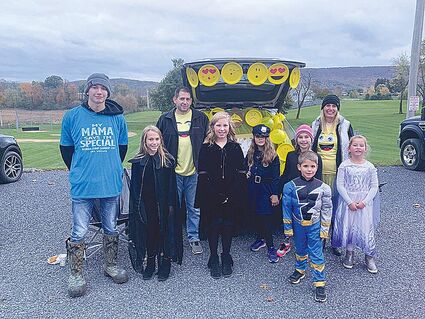 Faith United Methodist Church held a drive-through Trick or Treat on Oct. 28, from 6 to 8 p.m. This was held at Woodbury Community Center.

This safe, fun way of trick-or-treating was a success. Many cars were seen going through and everyone in and out of the cars were smiling.

Southern Cove Fire Company had two trucks, one at the beginning and end of Main Street, to help make it a safe night. Signage was also in place to let motorists know to slow down.

Children were also seen scurrying to and from homes on Main Street dressed in all sorts of costumes. Despite being a little windy, the wea...