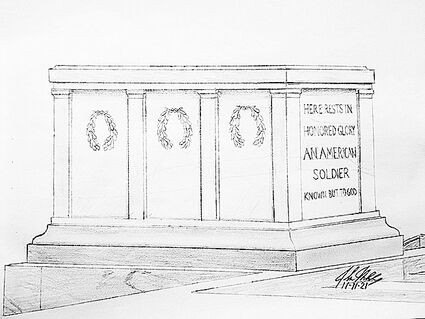 We will be observing Veterans Day this week. A part of that observance is a service at the “Tomb of the Unknown Soldier.” Each of the Allied Nations: Belgium, France, Great Britain, Italy and the United Sates have tombs dedicated to an Unknown Soldier. The tradition began following the World War I. The tomb is located by Arlington National cemetery. In addition to the soldier from World War I, there is also a soldier from each World War II, the Korean War, and the Viet-Nam War buried nearby. There is an honor guard who stands, or rather marches, at the tomb. It is considered a high hono...