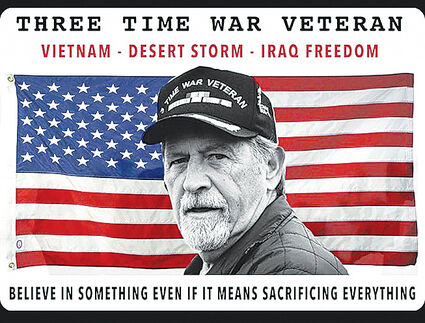 When Bill Brantner left his home in Williamsburg in 1967 bound for Vietnam, the then 17-year-old recent Williamsburg High School graduate had no idea he was taking the first steps toward serving his country in not one, not two, but three wars over the next three decades.

The United States' involvement in the Vietnam War began in 1965, and with an active draft that was calling hundreds of men per day, Brantner knew when he entered the Army that Vietnam was his likely destination, although he took a different route than many in order to get there.

Brantner said before he left for the Army, he...