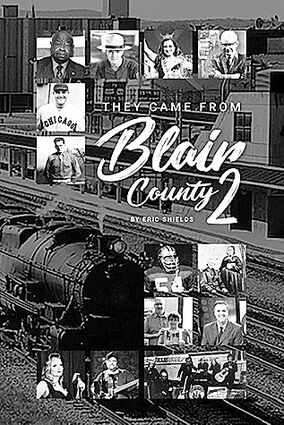 A local author is putting a spotlight on the shining stars of Blair County once again.

Eric Shields recently released a second volume of his book "They Came from Blair County," highlighting the people and their roots within the area.

Shields is a native of Blair County, growing up in Altoona. Though he has lived in Johnstown and Selinsgrove, he has come back to where he was raised.

Shields said that, at first, he never intended on being an author.

"I was into history long before I was into writing," he said. "It as only in the last five years that I put pen to paper."

He said he decided to...