Cast of 'A Christmas Carol' Does Cove Community Theater Proud 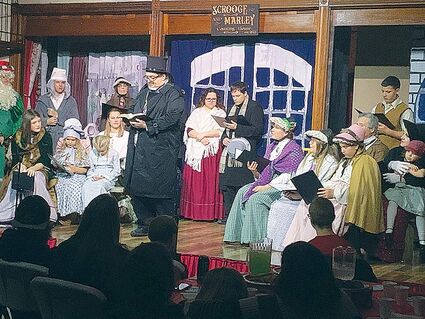 Cove Community Theater (CCT) presented "A Christmas Carol, A New Musical," book and lyrics by Keith Ferguson and music by Bruce Greer, on Dec. 5, 10 and 11.

This musical started out on the Streets of London on Christmas Eve. Many Christmas carols were sung through out the production such as "God Rest Ye Merry Gentleman."

Jackson Sharpe was the star of this show playing the role of Scrooge. He is just 16 years old and lives in Harrisonville, Pa. He is the son of Tracy and Jason Sharpe. He also plays in the McConnellsburg High School Band, high school chorus, county band and chorus, district...