New Members Sworn into School Board 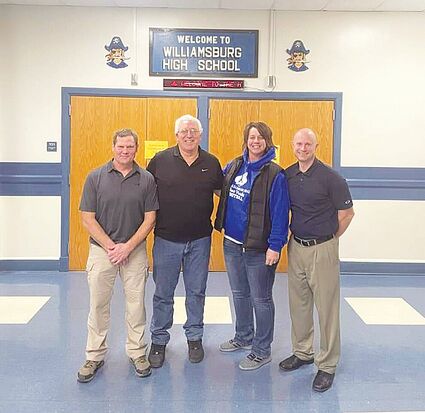 During the Dec. 7 reorganizational meeting for the Williamsburg Community School Board, four new directors were sworn in. Shown are (from left) Adam Hileman, Louis Brenneman, Jill Norris and Joe Detwiler.

Four new school board directors were sworn in during the Dec. 7 meeting of the Williamsburg Community School Board. Those inducted were Adam Hileman, Louis Brenneman, Jill Norris and Joe Detwiler.

Following the reorganizational meeting, the regular board meeting was held.