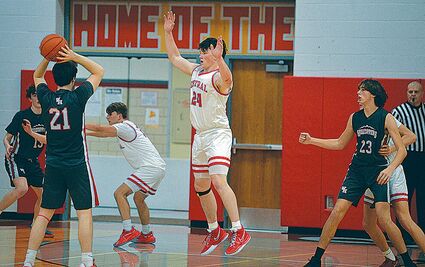 The Central Dragons Men's basketball team triumphed through two tough opponents this week, with a 49-20 victory over the Westmont Hilltoppers, and a 64-51 victory over the Bishop McCourt Crushers.