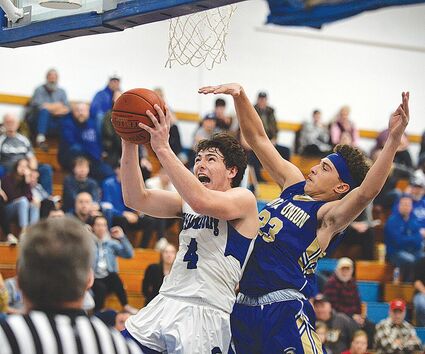 Action on the court stopped momentarily between Williamsburg boys and Mount Union when Williamsburg's Lambert Palmer scored his 1,000th career point. He was presented with some balloons then went into the stands to give his mother Chris a hug before play started again Monday, Dec. 20, at Williamsburg High School.