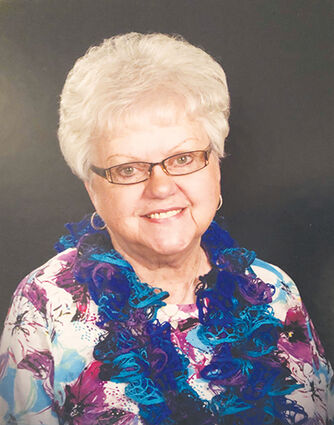 Jeanie was born to the late James Arthur and Elsie Marie Little in Waterside, July 25, 1939.

Jeanie is preceded in death by her husband, Gary and her sister, Gloria Ann North.

Her parents exemplified Christ, so Jeanie became a Christian at the young age of 11. She was baptized March 25, 1951, at the New Enterprise Church of the Brethren, New Enterprise.

Jeanie had an interest in music and enjoyed being a majorette in the marching band in high school. She graduated from J. L. Replogle High School in 1957. She then graduated Beauty School in 1958. She went on to work as a hairdresser for many years after graduation. Along with hairdressing, Jeanie enjoyed being in the church choir. Jeanie sang in the three different churchs she attended throughout her life.

She cared about spreading the good news of Jesus and was a member of the NC Women's Auxiliary of The Gideon's International.

In the same church where she became a Christian and was baptized, she married her high school sweetheart, Gary Blaine Cessna, July 6, 1958. They were married almost 60 years.

Jeanie and Gary lived in Yellow Creek, until they moved to Bradenton, Fla. in 1960 where they raised their three daughters. As a family, they enjoyed traveling, riding their motorcycles, boating, water skiing, and being involved in the church. After retirement, Jeanie and Gary moved to Myakka, Fla.. In 1998, they moved to Sylva, N.C. They found a church home at East Sylva Baptist Church, where she was most recently a member. The mountains of Western North Carolina brought them great joy. Jeanie's family also brought her delight. She was blessed with a large and loving family. Jeanie was fondly referred to as Gram and Bama Jeanie by her grandchildren and great-grandchildren. Visits from family always prompted a traditional ham and noodles dinner with a fresh baked pan of brownies making lasting memories for everyone.

A private celebration of Jeanie's life will be held at a later date.

Donations may be made to The Gideon's International at http://www.gideons.org/donate or the East Sylva Baptist Church at http://www.eastsylvabaptist.org.