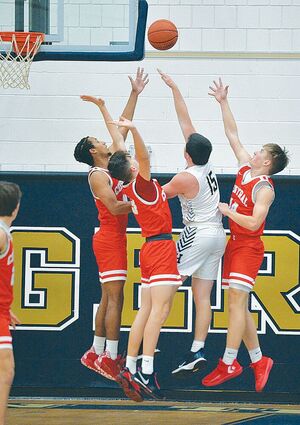 The Central Boys Basketball team found themselves with two overwhelming victories against Hollidaysburg and Altoona this past week in the Restore the Roar Round Ball Classic. A 65-49 victory over the Tigers and a 59-34 victory over the Mountain Lions leaves the Dragons with a record of 7-1.

Eli Lingenfelter was the Dragons' high scorer in their game Tuesday against the Tigers with 19 points. Seth Bean and Hunter Smith followed closely behind with 12 and 10 points respectively.

The Dragons energy carried into the next day's game against Altoona. The high scorer for Central was yet again Eli...