The Case of the Murderous Dr. Cream: The Hunt for a Victorian Era Serial Killer By Dean Jobb 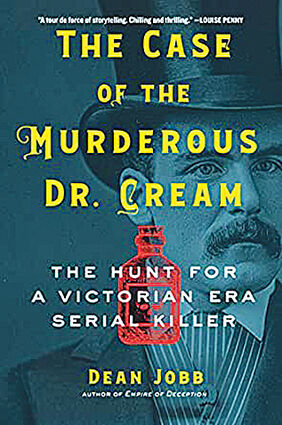 Thomas Neill Cream, a doctor from Canada, gained release from Joliet prison in the summer of 1891. Cream left the states to practice his trade in London, where no one knew him or of his dark and murderous past. Cream’s license earned him faith and trust that he most certainly did not deserve. “When a doctor goes wrong, he is the first of criminals,” according to Sherlock Holmes, well-known fictional detective who was just being introduced during the time Cream was practicing his skills.

Cream chose his victims at random, which was something that was not before seen. He showed no remor...