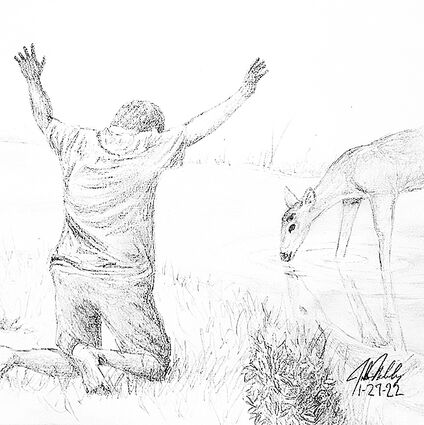 I was thinking of something off and on. It is said of King David, “He is a man after God’s own heart.” In Acts 13:22, Paul has been recounting the unfolding of God’s plan of salvation. David is one of the stars in a long list of people God used to bring about this plan. The claim was first given in I Samuel 13:14 when Samuel tells King Saul God has rejected him as king and sought for a man after His own heart. So what is this man like? Actually, when the claim was made, David was likely a young teenager. He was engaged in shepherding his father’s flock of sheep. Shepherds were not...