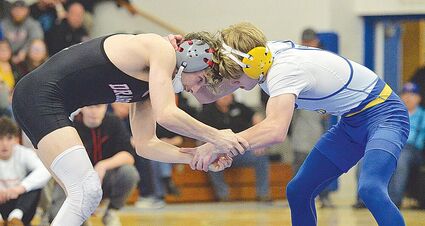 The Central Wrestling team faced Claysburg Kimmel in one match this week on Tuesday, as well as participating in the Thomas Chevrolet Tournament on Friday and Saturday.

In the tournament, Central's Wrestling team took 21st place out of 31 teams. Tyler Biesinger (120) took second place in the tournament individually. In round one, he recorded a pin at 2:34, while in round two, had a technical fall at 3:40. He won a 3-1 decision in the quarter finals, then was pinned in the finals at 1:40. Jaxon Mathews took fourth place. In round one, he had a pin at 1:00, and recorded a pin at 3:34 in the second round. In the quarter finals, however, he lost an 8-4 decision. Isaac Smith went 1-2 at the tournament, having a pin in round 2 at 1:18.

The Central wrestling team will face Johnstown at home this week.