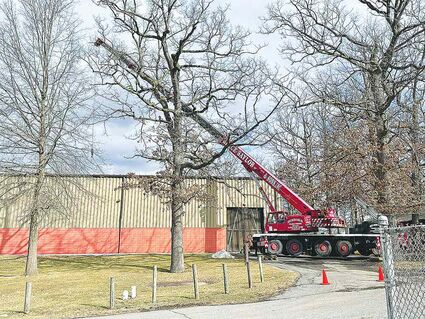 Those who have been to Morrisons Cove Memorial Park over the winter months might have thought the gym was a bit cooler than usual. Your mind was not playing tricks on you.

An epic failure of both gym heater units occurred in October.

Due to COVID-19 supply chain issues, the $40,000 heaters were not delivered until just last week.

Rabenstein Heating from Williamsburg is the contractor on the project.

A crane (shown in photo) was rented from Saylor Brothers in Altoona to move the heaters upon the roof.

Remarkably, even without heat for the entire winter, the Park did not have to cancel on...