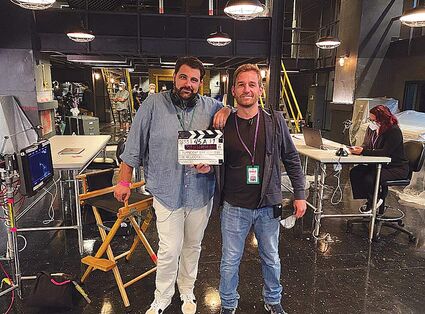 McLoota and Shields worked together on the set of "Blacklist," as shown here.

Two childhood friends from Hollidaysburg have made their dream of working on a major television production a reality.

After graduating from Hollidaysburg Area High School in 1999, Matthew McLoota received a degree from Syracuse University in 2003. He was a film major with a minor in acting. Then, he moved to New York City.

He started doing live shows as a production assistant. McLoota said that he would send out three or four resumes every day for months until he started to get replies. Most of them, he said, started out as free work. From there, he would get small paying jobs with most o...