By MARSHALL WALLY RITCHEY
For the Herald 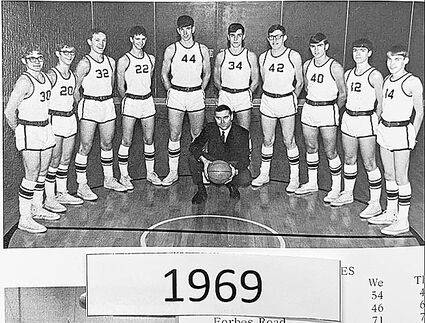 As the basketball season proceeded toward the end, NBC was tied with Bedford High School for the Bedford County Championship. Bedford was a big school. We had soundly beat Bedford on our basketball court but Bedford had won on their court. So now there was a playoff on a neutral court. The game was on a Tuesday and played at Everett High School. The bleachers were filled and there was standing room only. Dad drove from Pittsburgh to watch the game. I could hear his voice over the large roaring crowd.

I was doing my job of denying access to their top player and by the end of the third quar...