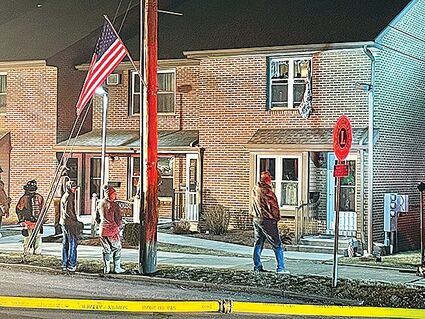 A fire Friday evening at the Spring House apartments in Williamsburg caused extensive damage to an upstairs apartment while the apartment below it suffered water damage.

A Friday evening fire at the Spring House apartments on High Street, Williamsburg, caused extensive damage to one apartment while another sustained minor damage.

According to Williamsburg Volunteer Fire Department Chief Ted Hyle, the call came in around 10:30 p.m. for a multi-dwelling fire.

According to Hyle, the occupant of a second-floor apartment had put her groceries down on the stove and accidently bumped the knob, which set the bags on fire.