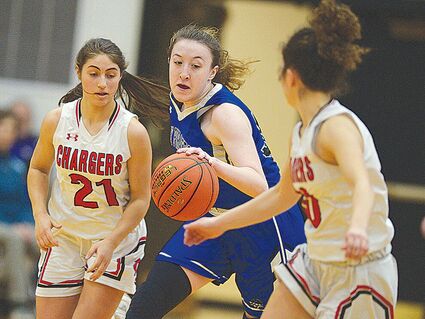 Though the Lady Pirates made it to the Final Four, the team lost to Northumberland Christian 62-54 on March 19.

The girls ended the season with a 24-7 record.

The team will say goodbye to one senior this year, Krista Simpson, who Coach Amy Hileman referred to as "a prime example of a Lady Pirate."

The Lady Pirates were escorted back into Williamsburg by firetrucks and police and were welcomed by fans.