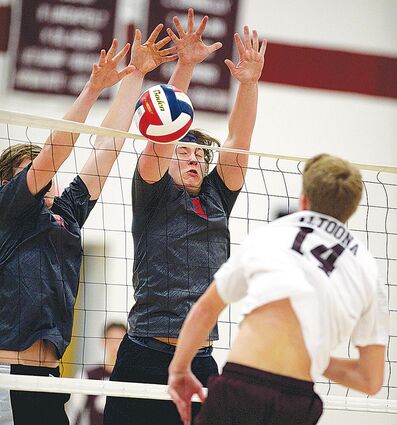 Central's Eli Lingenfelter(left) goes up for a block against Altoona's Garrett Baumgartner (14) during a match Friday, March 25, at the Altoona Area Field House.

The Central Volleyball team defeated Altoona in just three sets to make an incredible start to their season. The Dragons won the first set, 25-20, the second, 25-21, and the third, 25-23.