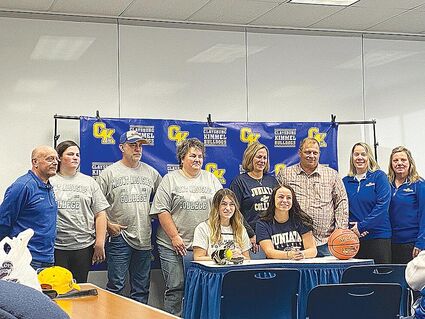 Claar will be continuing her basketball career at Juniata College.

Walters will resume her softball career at Mount Aloysius College.

Kassick noted that Walters is fifth in the class. He also commended Claar for her 98 percent GPA. He spoke on the girls' involvement and success in FBLA.