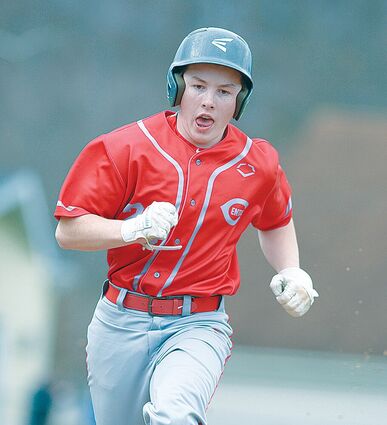 Central's Griffin Snowberger rounds third base and scores during play against Bellwood during play Monday, April 12.

The Central Dragon Baseball team faced the Central Cambria Red Devils on Monday. The Dragons came out on top with an astounding 19-1 victory over the Red Devils.

The Dragons began the game strong, scoring 10 runs in the first inning alone. The Dragons followed up with four more runs in the second, followed by five more in the third, whilst only giving up one run to the Red Devils.