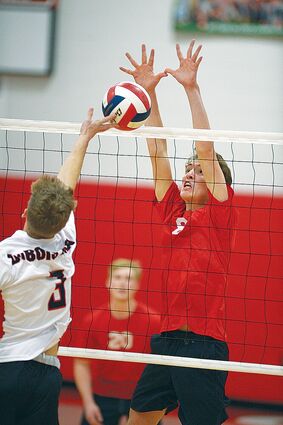 The Central Dragon Volleyball team defeated the Dubois Beavers three sets to one in last Thursday's home match. The Dragons won the first two matches with scores of 25-9 and 25-10. The Beavers were able to win the third set with a score of 25-23, but then, the Dragons won the last set 25-13, giving the Dragons the win.