Cove Represented at Baseball Hall of Fame in Maryland 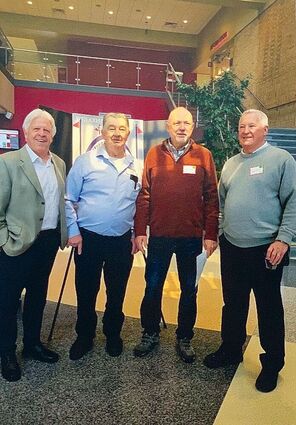 On Saturday March 26, 2022, in Frostburg, Md., four baseball players were formally inducted into the Semi-Pro Baseball Hall of Fame. The hall's headquarters is in Evansville, In.

Gene Decker was inducted from the Pen-Mar League in 2018.

According to Decker, at the banquet, many friendships and rivalries were renewed, memories and games were replayed. Decker described his event as an enjoyable and eventful evening for all who attended.

The guest speaker for this event was...